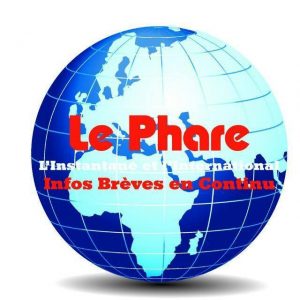 «There is a Congolese logic that is not Cartesian»

Mobutu Sese Seko
Beside Patrice Lumumba, no Congolese leader has been as vilified by the international community as UDPS’ Etienne Tshisekedi. Western policymakers and reporters often deem him irrational, intransigent, moody and uncooperative. Like Lumumba before him, Tshisekedi is also Congo’s most misunderstood politician.
This became clear last week when, speaking from South Africa via teleconference to a group of women members of his party in Kinshasa, Tshisekedi derided President Joseph Kabila and declared himself head of state. He also called on his partisans to break jails and free his followers who had been arrested over the past several weeks, if the government did not release them within 48 hours. The talk, which was originally intended for his supporters only, was later broadcast by Radio Lisanga TV, a station sympathetic to UDPS.

The comments set off a chain reaction. The government immediately cut off Lisanga’s signal. The minister of information took to the airwaves, called Tshisekedi irresponsible and compared his statements to high treason. Most importantly, the international community strongly condemned the declarations, with the European Union, France, Belgium, the United States and the United Nations issuing strong statements against elections-related violence, and urged all parties to behave appropriately.
But what does it mean to behave appropriately in this case? Viewed from a western perspective, Tshisekedi’s comments seem indeed irresponsible. But the man and his behavior must be analyzed within DRC’s electoral context for their real value.
For the past several weeks, opposition parties, with UDPS in the lead, have complained about massive frauds and lack of transparency in the electoral process. They allege that the CENI (Electoral Commission) enrolled minors, police officers and servicemen, all of whom are not allowed to vote. In total, they allege that nearly 2 million people were enrolled illegally in areas favorable to President Kabila.

Only an independent audit of the registry could determine whether or not these allegations are founded. But the CENI has continuously rejected UDPS’ call for a transparent, independent audit of voter lists. The opposition further challenges the gerrymandering of districts based on the current enrollment of 32 million voters as Kinshasa, a city of nearly 10 million people, lost 7 parliamentary seats while Katanga and Equateur provinces have increased their representations. The explanations provided by the CENI, while possible, have not been convincing, since the registry remains off limit to opposition parties.
Further poisoning the climate, there is no adequate forum for a dialogue between the CENI and the opposition, effectively denying the two sides a constructive platform to communicate. As a result, UDPS partisans have staged weekly street protests in Kinshasa to demand that the integrity of the electoral process be re-instated. These protests have invariably been repressed by the police and members of the opposition are regularly intimidated by security services. A few UDPS partisans have been killed and 35 of them have been arrested.

The diplomatic corps in Kinshasa, and the international community at-large, has been quick to praise the CENI for enrolling 32 million voters, a feat worth noting in light of enormous logistical challenges, as well as financial and time constraints. But voter enrollment is only the first step of an electoral process, not the end. These same international actors, however, have remained silent over allegations of massive fraud and irregularities in the electoral process. They have all but ignored the violence and abuses that have been inflicted on opposition supporters by state agents.
Since the campaign started on October 28, the RTNC (state radio and television network) has yet to grant the opposition equal access to its programs. Violent clashes between partisans of the presidential majority and opposition supporters have become too common. In Kinshasa, for instance, the presidential majority has freely mounted billboards and posters of President Kabila. The opposition, however, has not been afforded the same right. Recently, UDPS partisans were beaten when they placed Tshisekedi’s posters at Rond-Pont Victoire, a prominent and popular city square. The posters were reportedly destroyed by plain-clothed police officers.

Apparently, these and other similar incidents of violence perpetrated by security forces and groups affiliated with the presidential majority did not warrant a strong condemnation by the international community. This silence seems to have emboldened the security services to carry out this intimidation campaign. Incidentally, the United Nations in Congo refused to release its report on elections-related violence, which came out this week, until matters got out of control and its own staffers threatened to leak the report to the media.

It took Tshisekedi’s bold statements made in a foreign country for the international community to react so strongly against elections-related violence. Western diplomats have ignored the opposition grievances, insisting that the electoral process was going well, even as Congolese and foreign analysts said otherwise.
If the process were good and transparent as these diplomats have argued, why would Tshisekedi’s declaring himself head of state in a foreign country matter? It should be laughable, since DRC president would be chosen through transparent and credible polls, not via video conference. If justice were served in the case of jailed UDPS partisans, why would Tshisekedi’s ultimatum to the Congolese police to release them within 48 hours upset the government and the international community?

To-date, the African Union has expressed little interest in DRC’s problems. But as soon as Tshisekedi made his comments, AU chairman Jean Ping rushed to Kinshasa to try and appease the different parties in what appears to be an escalation in electoral psychological warfare.
The international media has all but ignored Tshisekedi throughout this process, until he issued this ultimatum. Even Yahoo News now has an article on Tshisekedi.
This is not the international community’s finest hour in Congo. Whether or not diplomats like Tshisekedi, he is an icon to the Congolese. No Congolese leader has done and sacrificed more for the emergence of democracy in DRC than this man, whom they affectionately call Ya Tshitshi. His bad relationship with the international community over the last decade has further radicalized him. But for a segment of the population, he is the man who best articulates their aspirations and dreams.

Tshisekedi has built a loyal and committed base over 30 years. His followers revere him and see him as a messiah, and would not hesitate to do as he says. As such, he may just be the most powerful man in this race. He has no money, no state machinery, no militia, and few friends in the diplomatic community. But he has nothing to lose, but the Congolese people and a legacy to protect.
Congo will not have peaceful elections if the international community continues to act irresponsibly and ignore the grievances of the opposition. Tshisekedi may not be DRC’s most charming politician, but he is one of the few who speak to the people’s frustrations. As hard and uncomfortable as it may be for Western diplomats and the Congolese government, now is the time to constructively engage Tshisekedi and the other opposition parties.